One of the members seems to have had their email account hacked.  A number of members have receievd emails proporting to be from Tony Morland but with the email address gneiss,geyser. These emails are nothing to do with the NDM but have links to address elsewhere.

Please be on you guard if you receive any such fake emails, best thing to do if you have Outlook express is go to Tools, Message and Block Sender.

I've contacted the person who owns the email address so ho[pefully they will take some action to sort the problem.

This appears to be an individual problem not a site problem with the hacker feeding off the individuals address book..

Kevin Costner has recorded a special message for the British Armed Forces.

BFBS Radio Reporter Natasha Reneaux met him on the set of his new film and he offered to record the message.

If the HD Committee, politicians and civil servants making decisions about the NDM had an ounce of his understanding, could they really deny 'The Noble' the recognition and respect  they have earned.

Would an independent Scotland withdraw from the imperial honours system like Australia and New Zealand?

Would an independent Scotland instigate a Scottish Defence Force Medal?

Thank you for your letter of 11 September to the Minister for Transport and Veterans. I have been asked to reply. I can advise that an honours system would continue in an independent Scotland. The process would remain the same as at present whereby nominations would be processed through the civil service and independent of politicians.

As Q.584 states in Scotland’s Future, any amendments to the Honours system would be agreed with the Royal Household to reflect Scotland’s independence.

One thing we can be sure of, a Scottish Government will be just as vague as any other…………………

The Duchess of Cambridge In Australia

The Duchess of Cambridge (AKA Kate Middleton) bids farewell to Australia after solemn service for war dead.

Afterwards she also met with Aussie Victoria Cross Heroes, who also proudly wore their Australian Defence Medals alongside their VC's.

Proof, if any were needed, an NDM can also have a place in the UK military awards system.

This is a fascinating insight into the workings of the medal review, it has not been particularly transparent to date which makes this adjournment debate about the conclusions for a change to the qualification criteria of the Yangtze incident NGSM in relation to HMS Concord all the more interesting.

The independent Holmes review concluded that those making the decision in 1949 regarding eligibility for the medal would have been aware of Concord’s actions, but did not consider these sufficient in themselves to justify a recommendation of an award of the clasp to the ship’s company. If there was a wish to include Concord in the specified list, there was ample time to do so in August, October and November 1949.

Worth taking 5 minutes to read through the full text: HERE 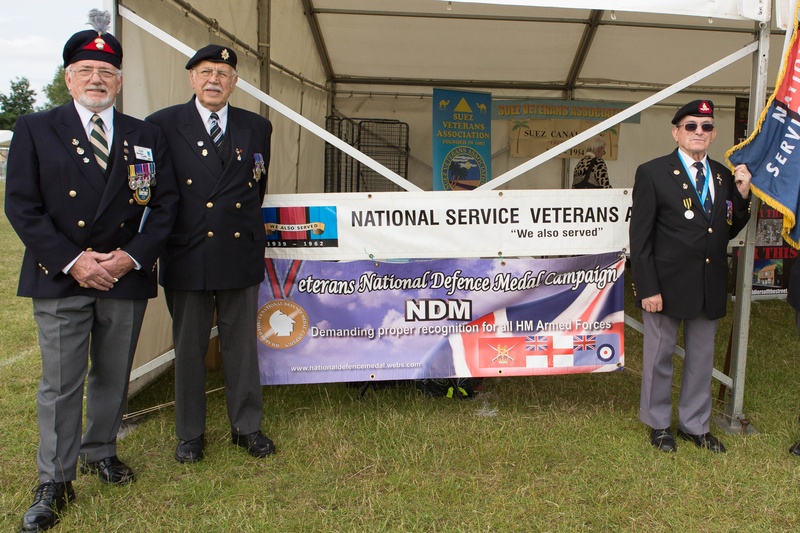 My Husband deserves a medal! 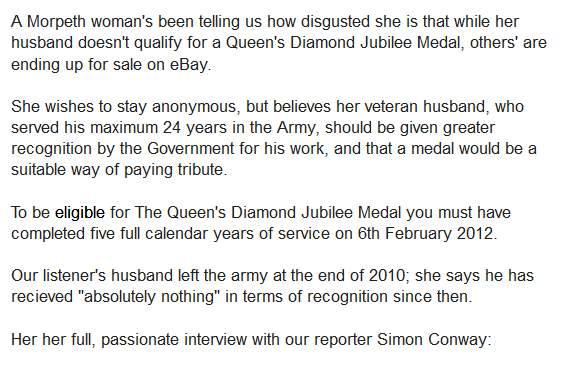 Chris has asked us to support his petition for the institution of a medal for HM Armed Forces wounded in action.

Find all the detail here: E-Petition

“It is right that we reward those people who, like The Queen,also dedicate their lives to public good and who represent the very best of the British spirit,” Mr Hunt said.

“I hope the official medal will serve as a mark of thanks to all those who give so much in the name of society and public service and I extend my congratulations to all the recipients.” 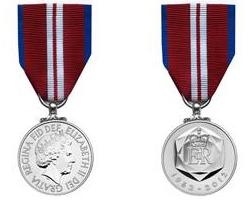 Those who will be eligible to receive the medal include living holders of the Victoria Cross and George Cross and members of the Royal Household, as well as people who have been working in a number of front line public service jobs for five full calendar years on 6 February 2012.

Applications for the New Zealand Defence Service Medal (NZDSM) have opened for ex-Service personnel who are over 70 years old.

The new medal, approved recently by Her Majesty, closes a long-standing gap in medallic recognition of non-operational military service.

The first NZDSM medals were presented to 34 recipients (selected from various eligible category groups) at a ceremony at Parliament yesterday.

The medals were presented by Minister of Veterans’ Affairs Judith Collins, and the Minister of Defence Dr Wayne Mapp.

“Today is about recognising and acknowledging those who have loyally served   New Zealand,” Dr Mapp said at the ceremony. “For those who have worked ‘behind the scenes’ to support others in operational roles, or who completed their CMT  or National Service obligations, today is especially significant. Finally they will receive formal acknowledgement for the work they have done.”

“The medal recognises the unique requirements of military service. These include commitment to serving one’s country, the possibility of operational service, military discipline and lifestyle, and the constraints on employment conditions and personal freedoms that come with life in the military.”

The NZDSM recognises attested military service in the Defence Force by New Zealanders. Those who have served in the military for more than three years since World War Two, and those who completed their compulsory military training or national military service obligations, qualify. Personnel with three years accumulated service, for example between Regular, K Force, J Force and Territorial service (including RNZNR and RNZNVR) will be eligible for the medal.

Due to the large number of people eligible for the NZDSM there will be a four-stage call for applications, with priority given to processing applications from the oldest living ex-Service personnel first.

The Medals Office is expecting more than 100,000 applications for the medal in the first three years of the project to issue the medal.

For the first time applications will be able to be initiated online as well as via hard copy. 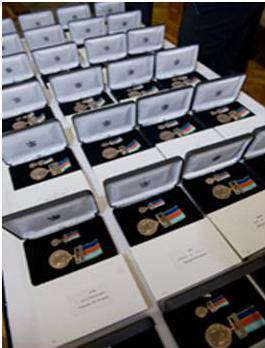